49 observations and thoughts about my European adventure 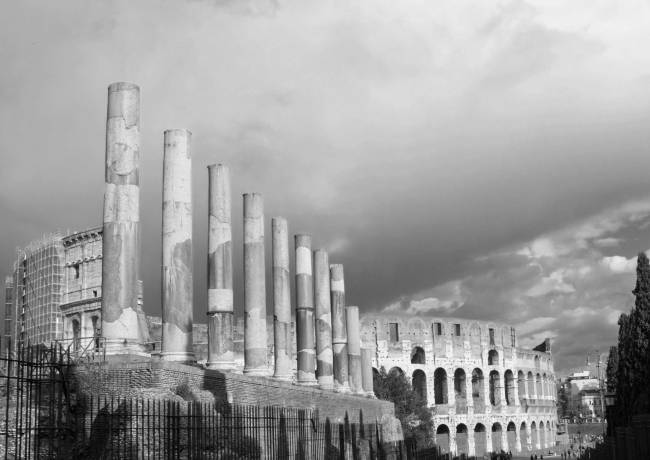 There is no bad wine in Italy.

There is no bad wine in Switzerland, especially when your host knows his wine.

A quarter-liter of wine is enough with lunch.

A half-liter is too much. Way too much, unless you’re close to your hotel room and can walk there quickly for a siesta after lunch.

Beer doesn’t get the same respect in Italy as does wine, but it’s good.

I know Venezuelanos and Brazileños are going to disagree, but Italians are the most beautiful people in the world. Except for the ones who bump into you as you’re getting into the subway and take away your wallet, leaving you without money or credit cards in a strange city.

And they all have chingos de style.

Italians are a cold people. No, not in the unfriendly sense, but in the physical sense. Either that or they just love to show off their fancy jackets and coats and scarves. It may be 68 degrees, shorts-wearing weather in Texas and DC, yet Italians are still wearing their jackets.

Italians are a friendly, accommodating people. Except for the ones who bump into you as you’re getting into the subway and take away your wallet, leaving you without money or credit cards in a strange city.

Italians are stupid: they smoke too damn much.

There should be a World Opera Federation and it should meet right away to decree that opera be written in no language but Italiano.

Italian television appears to be as much of a wasteland as US TV. Maybe more.

There is bad Italian food. But you have to work really hard to find.

I still don’t get those bidets in hotel rooms.

Even though most of the time it’s seems that Italians won’t allow an American to communicate in Italian, it is possible at times. And it feels so good when it does happen.

Even though at home you drink your coffee black, with no sugar, when you’re here you just have to pour in that packet of sugar that comes with your cappuccino. You have to.

The word for postage stamps is francobolli. You might go around an entire day trying to recall that word but rest assured that at 4 in the morning, you’ll wake up and triumphantly shout: Francofriggingbolli!

Romans and Sienese are not very much into bicycling. It may have something to do with all those cobblestone streets. Makes it kind of fought on the derrière, I would think. They love their scooters, though.  I did see a lot of bicyclists in Florence, though.

There really is something about the way the sun hits the buildings in the late afternoon.

Immigrant street vendors don’t exist in Siena, at least not compared to Rome.

The weirdest item offered by these vendors is a blob-looking plastic globule in neon-bright colors that emits a cat-like shriek and looks as if it’s going to splatter into a hundred pieces when slammed to the ground than magically reconstitutes itself into the original blobbish form.

Those Indian guys who levitate, floating cross-legged, with one hand resting on a cane the only thing touching the ground, give me the creeps.

You can see all you need to see in Siena in two days. Three at the most.

The term for you’re welcome is prego. Why is it so hard to remember? If you do remember, say it right away after someone says grazie. By the time you’ve walked to the store’s entrance, it’s too late, so just accept the fact that the merchant is going to think you’re an ugly American.

Commercial art galleries, the kind where you can find affordable interesting art, are hard to find in Rome and Siena. I’m sure they are around, but I didn’t see any. They’re everywhere in Florence, though.

You’re going to find it impossible to resist that stylish espresso maker, even if you already have a bunch of them at home.

When you go into one of the hundreds of beautiful old cathedrals and churches, even if you’re not a believer, you’re going to be moved, and you won’t be able to resist dropping a euro through a slot so you can light a candle in honor of your mother, who was a believer, and your father, who wasn’t, and others who have died. And you’ll feel a stirring in the center of your chest.

I really can’t get into Italian ceramics.

Tuscany landscape paintings are the Texas bluebonnet paintings of Italy.

Don’t leave a shopping bag on the ground next to where you’re sitting because a bulldog just might come by and piss on it.

Bring a flashlight, or make sure your iPhone flashlight app works, because your B&B host might not think it’s worth mentioning that the lights in the stairwell that leads to the apartment don’t work and, without a flashlight, you will have to climb up or down in total darkness.

Italians love to walk, as a form of entertainment, especially in the evenings and on weekends. Maybe that’s why there are so few fat Italians.

You cannot escape the sound of church bells. They’re everywhere, and they’re beautiful.

Italy is younger than the United States.

The largest church in Rome is not St. Peter’s. (These last two items came from our Vatican tour guide.)

Trains in Italy and Switzerland are on time, and many are so quiet you hardly know they’re running.

Venetian blinds in Siena go on the outside of windows. (I wonder what they are called in Venice?)

Salve is not heard as often as ciao, but it’s nice to hear when it is. Reminds me of a church song, Salve Mayo Florido, which we used to sing when we’d go to church every evening in May to pray the rosary and offer flowers to the Virgin Mary.

One shouldn’t drink too much of any liquid in Italy because there aren’t very many restrooms around. Some museums don’t have restrooms and you have to pay to use almost all public restrooms.

Take the oldest clothes you have and at the end of the trip, throw it away. That’ll give you more room in your suitcase for all the stuff you bought on the trip.

The most beautiful ties I have ever owned, I bought in Florence when I was last there. Now that I don’t have a job, I don’t need to buy ties anymore. Nevertheless, I found myself looking longingly at ties in store windows. Although I resisted the temptation, I noticed that, for the first time since my retirement, I regretted not having an office to go to (so I could have an excuse to buy a tie or two). The feeling didn’t last that long, thank goodness.

A sign that says uscita in green and features a green stick figure in a walking stance means exit. It really does. Don’t go through that door unless you really want to go out or you’re 100 percent certain you can re-enter through that door.

Siena reminds me very much of Toledo in that it is easy to get lost but nearly impossible to stay lost. If you walk around long enough you will soon come to the main square or the cathedral.

Pistachio is pronounced “pistakio” in Italy. I should have known that. How embarrassing.

Artichokes are my new favorite food.

The air in the Milano area is very, very polluted.

Lake Como, as seen from the train, is beautiful.

The first sight of the Alps is awesome. It always is.

So is the view of the Siena skyline at sunset, with the church bells ringing all around you.

3 Responses to 49 observations and thoughts about my European adventure